– A virtual geofence is traced around an event location where the advertiser wants to build an audience based on their visit to that particular location during a set, scheduled timeframe.

– When people enter the geo-fenced location during the set timeframe, they will then become a part of an audience that can later be targeted following the event.

– As the user visits various apps downloaded on their phone (Angry Bird, Weather Channel, Emoji Keyword, Words With Friends) or browses the internet on the mobile browsers, they begin to see ads from said advertiser.

– User can see those Ads for 1 day and up to 30 days after he/she has entered the geo fence.

– Via what we call geoframing, we can even reach users who have visited those same locations in the past two years.

Is my advertising producing actual walk-ins to my location?

Our geo fencing technology can even track those who have seen your ads and determine if they walked inside your store. Conversion zones are a powerful means to track your online advertising to offline conversions (meaning those people who physically went to a particular location as a result of seeing your Ads).

No Problems, Only Solutions!

With over 25 years of experience, we have become a trusted resource relied upon for outsourced marketing services.

Read More About Us... 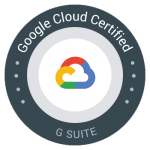